Carole is an award-winning television and film producer/writer. She began her career working with her partner and husband, Bruce Hart, as one of the original writers of Sesame Street, for which she won her first Emmy. She also produced in partnership with Marlo Thomas the now classic children’s album, Free To Be…You and Me, which they then turned into a book and a Peabody-winning television special.

Her credits also include a number of movies made for television. Among her favorites are Sooner or Later, a movie musical that generated a top ten song and a Gold soundtrack album and Leap of Faith, a groundbreaking true story of a woman who brought her cancer into remission through alternative means. She also created and produced an innovative Emmy-winning NBC series for adolescents, Hot Hero Sandwich, and again with Ms. Thomas, a multi-award winning mixed-media documentary for the Lifetime Channel, Our Heroes, Ourselves.

Recently, she produced and directed an award-winning feature documentary, For the Next 7 Generations, about the formation and journey of the International Council of Thirteen Indigenous Grandmothers, a group of Medicine Women and Shamans from around the world who have come forward to help us to heal the planet. 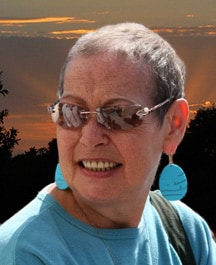