“Free to Be We” by Glenn Aparicio Parry 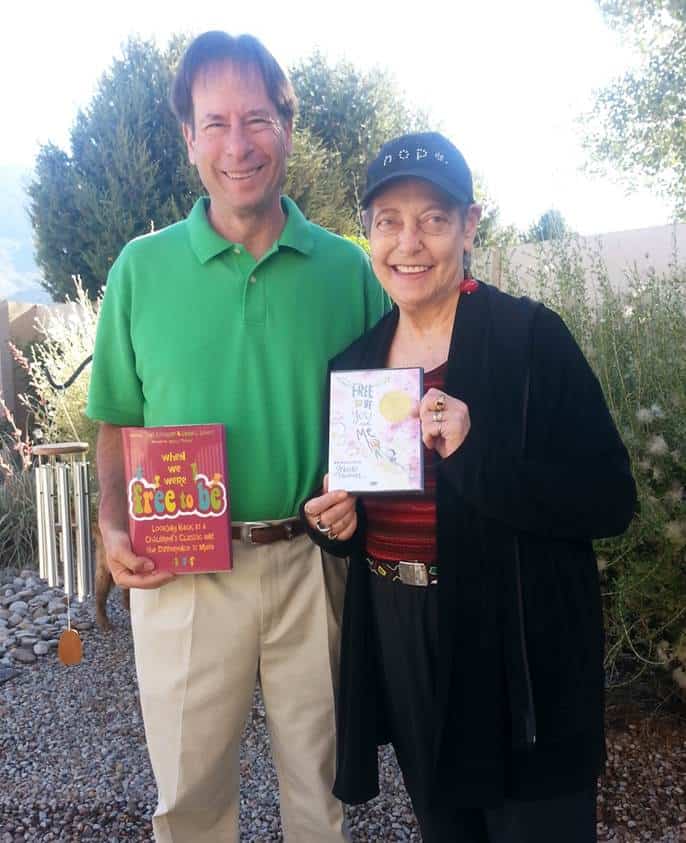 Glenn Aparicio Parry with Carole Hart (co-producer, Free to Be You and Me with Marlo Thomas)

A lot has changed with regard to gender relations over the past 40 years. With such rapid social change, it is incumbent upon us all to find original ways to relate, harmonize, and optimize gender relations in all walks of life.

It was with this in mind that the Circle for Original Thinking held its first-ever event called Free to Be We at the South Broadway Cultural Center in Albuquerque, New Mexico, USA on Saturday, June 14th. It featured a special 40th anniversary screening of the iconic television special “Free to Be You and Me,” starring Marlo Thomas, Michael Jackson, Alan Alda, Dionne Warwick, Mel Brooks, Harry Bellafonte, and more. It also featured an in-person appearance by producer, writer, and film maker Carole Hart, one of the original writers for Sesame Street.

If you were a child or a parent in the 1970s, you probably already know about Free to Be You and Me. For those that don’t know, it was the brainchild of Marlo Thomas, of That Girl fame, who became concerned about the overly repressive gender and racial stereotypes of the early 1970s. She found Hart, who had already won awards for her work on Sesame Street to be co-producer. Free to Be You and Me, originally an LP record in 1972, went gold immediately, and then became a highly successful and controversial television special two years later.

The Circle for Original Thinking was interested because its mission is to resolve seemingly intractable social, political, academic, and ecological problems by seeking out the deep origins of contemporary thought, reconsidering both our foundational assumptions and solutions from a place of heart-centered wisdom. At the Free to Be We event, we not only screened the original production and held a Q & A with producer Carole Hart – we also held a dialogue moderated by Glenn Aparicio Parry in which we sought to explore the changing values of gender relations in society.

Some very interesting ideas emerged over the course of the day, including the suggestions that the original Free to Be of the 70s had an implicit heterosexual bias, and that gender identity today “is a (completely) social construct.” Participants at the June 14th event are invited to post reviews on this website and anyone can dialogue below regardless of whether you attended this particular event.

The Circle for Original Thinking is a meta-think tank that examines the origin and full continuum of thought and seeks to bring heart-centered wisdom into contemporary decision-making. We conduct scientific research in the tradition of the ancient natural philosophers that look for patterned integrity in nature; hold intercultural dialogue circles with thought leaders from around the world; and publish creative papers, books, and poetry that shift contemporary thinking toward whole and heart-centered decision making.