The following blog post was originally posted to realitysandwich.com on June 3, 2015, and is adapted from Original Thinking: A Radical ReVisioning of Time, Humanity, and Nature — reprinted with the permission of North Atlantic Books © 2015. 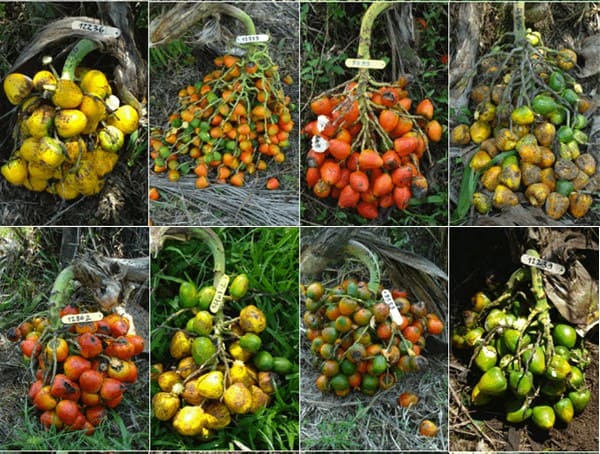 In an attempt to circumvent enmity toward genetically modified foods, Danish scientists are proposing what they claim is a precision breeding technique called “rewilding.” It is named rewilding because it mixes current genes from a plant with ancient genes of the same plant (old genes that were either lost or bred out somewhere along the way). The name sounds harmless, even restorative, and would likely be labelled non-GMO in the US because the genes are modified from the same plant. It could even be labelled “organic” if the introduced gene is determined not to be “foreign.” Like most genetic experiments, it is difficult to know the efficacy of this technique or if it ever will be successfully introduced. The outcome of the initiative notwithstanding, I find the name “rewilding” troubling. It reminds me of other similarly deceptive euphemisms, such as “tax relief” for millionaires. Who could be against “tax relief?” It sounds like a laxative, something we need to make it through the day.

Rewilding is exactly what we need—but not through genetic breeding. We need to rewild by reconnecting with what is wild in Nature and within ourselves if we are to save humanity and many of the other species with which we share this planet. Rewilding is a biological imperative.

So, how do we do this? One important way is to use our mind and our thoughts differently, in ways that reconnect us with our wild roots. These ancient ways of instinctual and intuitive thinking are not obsolete, just suppressed, and their recovery could help promote emotional and spiritual healing. We all need a sense of belonging, especially now. But modern abstract thinking has produced the opposite result—separating us from our “environment.” This fosters alienation, depression, and if untreated, violence.

Of course, abstract thinking has its benefits, and is largely responsible for much of high level science. But we would be wrong to assume that modern rationality is the most advanced form of thought. In my view, it has actually degenerated from its roots in ancient Greece. It is true that the Greeks prized rational thinking as the pinnacle of thought, but they also considered it to be the most beautiful form of thought. The key is in the word. “Rational” comes from “ratio,” or a relationship between things. In the right proportions (what the ancient Greeks called divine proportion or the sacred ratio) the relationship between things is beautiful. It is possible to think harmonious and beautiful thoughts that are inspired by and connect us to living nature, and this is what we should aspire to do.

Original Thinking = The Best of Old and New Thought

I find it curious that genetic rewilding seeks to bring modern and ancient genes together because I often support the idea of bringing old and new together, particularly old and new ideas. If an idea is wise, it is timeless. It can be brought back as needed, even if it has fallen out of favor for so long it is forgotten and its reintroduction is misperceived as brand new. The holistic health movement is a prime example of this phenomenon. It is only after we stopped treating people as whole that we rediscovered a need to do so. I recently saw a newspaper story proclaiming “new hospitals” that have fresh air, sunlight, and gardens for the patients to walk in. The concept is actually very old, used in the sanatoriums of the Middle Ages, where people were very much treated as whole (holy), even if the technologies were not as proficient.

I am not necessarily opposed to bringing old and new genes together providing it is something that genuinely helps the plant and if the plant wants it. That’s right. You read correctly. We should ask the plant first. I am opposed to human beings playing with the DNA of other species as if those species have no rights, as if all of nature is here merely to serve us. This is a fundamental flaw in modern Western thinking.

Of course, mainstream science would scoff at the idea of communicating with plants, but this is a self-imposed limitation. As the visionary physicist David Bohm noted, “The strength of science is that it is based in lived experience. The weakness is that it only admits certain kinds of experiences as legitimate.”

In antiquity, we possessed the ability to communicate with plants, as did Goethe, living in the late 18th and early 19th centuries, and Clive Backster (albeit through the medium of a lie detector) living in the 20th century. Contemporary Indigenous peoples (and other people who have reindigenized to the land) are still able to communicate with plants. In my opinion, all of us do this to some extent, even those who think they can’t. And why shouldn’t we be able to talk with plants? After all, plants and animals are so radically interconnected that we are in a literal conspiracy; we conspire, or breathe together, taking in what the other breathes out in a sacred circle of life.

As Paula Underwood, an Oneida elder observed, the development of one ability often disables another. Our capacities to study about nature have closed off the capacity we once had to speak directly with nature. It is also possible that our abilities to experiment upon the natural world only emerged out of necessity after we had lost our ability to listen. This would explain Frances Bacon’s frustrated cry to “put Nature on a rack and torture her” to learn her secrets.

My chief complaint about genetic engineering is that it tinkers with what ought to be left alone. We do this largely because we believe that knowledge must be obtained through trial and error, but this is one of the greatest fallacies of modern mind. We are so certain that trial and error is the only way to obtain knowledge that we have trouble imagining any other way. But there is another way.

Many intact Indigenous cultures have comprehensive knowledge of plant medicine. Ask them how they know this, and they will tell you that they learned (or their ancestors learned) by directly communicating with the spirit of the plants. The rishis of India were said to have written the Vedic texts in the same way. How else could the Native peoples of the Amazon have received the recipe for making ayahuasca? It is necessary to blend two plants together to make the brew, and one of them contains the monooxidase inhibitor necessary for transforming the DMT molecule in the other to be psychoactive. It boggles the mind to predict the odds of coming upon this by trial and error. I choose instead to believe the Indigenous peoples.

Real rewilding opens the possibility of connection, even communion, with other species. We humans have the instinctual capacity to do this. Of course, instinct has become a pejorative word, something we supposedly transcended in favor of free will. But this is misguided. Instinct serves a vital purpose, connecting us with the rest of creation. Ultimately, humans cannot thrive, or even survive, if the water, air, soil, other plants and animals we share this Earth with are not respected and protected.

Humans have free will, but that does not mean we should act in our selfish interest experimenting on the rest of nature willy-nilly. Our task is to first rewild and learn what nature wants to happen, and then use our free will to align with that sacred purpose.